The story of my brand is a story of Love, Courage and Tenacity

Giuliana, already at the age of 9, had discovered her passion: sculpture. She didn’t care about the material, she just had to find something rigid, like the bark of the pines in the woods near her house or the mixture of stucco and plaster left to harden in the glasses, to start creating.

“First jobs? A tray with glasses and saucers and a snake with a colored hat.”

During her adolescence, Giuliana continued to express her creative talent. In fact, when her parents asked her what gift she would have liked to receive for her graduation, she instinctively replied: a goldsmith’s course.

In the ’80s there were no such specialized studies, but in Veneto, in Vicenza, there was an important workshop run by master H. Shuster.

Although they were not looking for new apprentices, Giuliana managed to become one.

As soon as she sets foot in the laboratory, Giuliana lets herself be pervaded by the scent of the materials and by the climate of research and craftsmanship that she breathes. Once she has started the manual work and taken her first steps in the confined spaces of the laboratory, she realizes that she is in the right place.

As a first task they ask her to weld a copper chain. After three days, to make round rings. And only after six days comes the first real challenge, to make the largest animal in the smallest format: an elephant of 6 mm.

Without references, books, Giuliana has only her imagination. The result is a pendant elaborated in every detail. The master observes him carefully, without making any comments, and begins to work the metal, covering the object with his big hands. In two minutes he had created with his file an elephant minimal and consistent with his style.

“There is no greater gift from a master than to show the pupil what he can do and how he does it.

After returning to Sicily, after her experience in Veneto, Giuliana began working in various laboratories while attending university.

She had put some money aside and started to build her own small laboratory, but she is looking for the perfect place to open her own business.

He chose Leonforte, and an ancient granary of sulphur built at the beginning of the 20th century. Agriculture and craftsmanship made this place perfectly in line with his vision and his activity and the launch in 1997 of a call for young entrepreneurs seems a sign.

And she was right.

Thanks to the victory of the competition, in fact, she began to build her own production plant, and the first piece of furniture to enter the plant was a wooden table. Not just any table, but a piece of furniture that belonged to his grandfather and that his father, as a symbol of pride and good wishes, had modified to include the goldsmith’s stock.

“I feel lucky to have been born in Sicily, I live surrounded by beauty.

And in this place Giuliana creates her first silver collection: Fori Vulcanici. Year after year, Giuliana begins to realize her intuitions with greater agility. And if the creative process is free and natural, execution requires method, patience and discipline.

30 years of experience: Giuliana is a jewel designer. So many visions, so many collections capable of giving voice to the people who wear them. Whoever chooses a jewel Giuliana Di Franco feels represented, finds in that object and in the line a part of herself that she feels the need to express.

“If you do what you believe in every day, the results arrive”.

Today she feels projected towards the future and imagines her workshop as an innovative forge where she can experiment with materials and technologies. 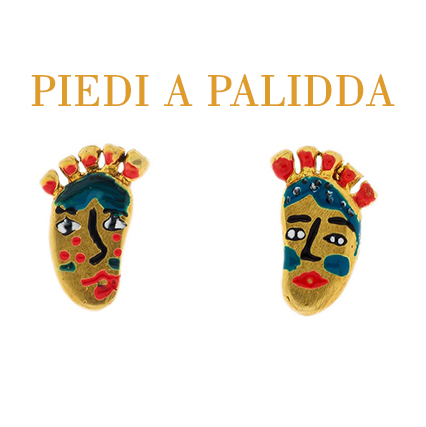 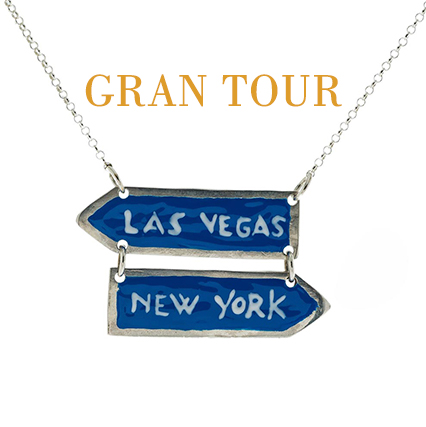